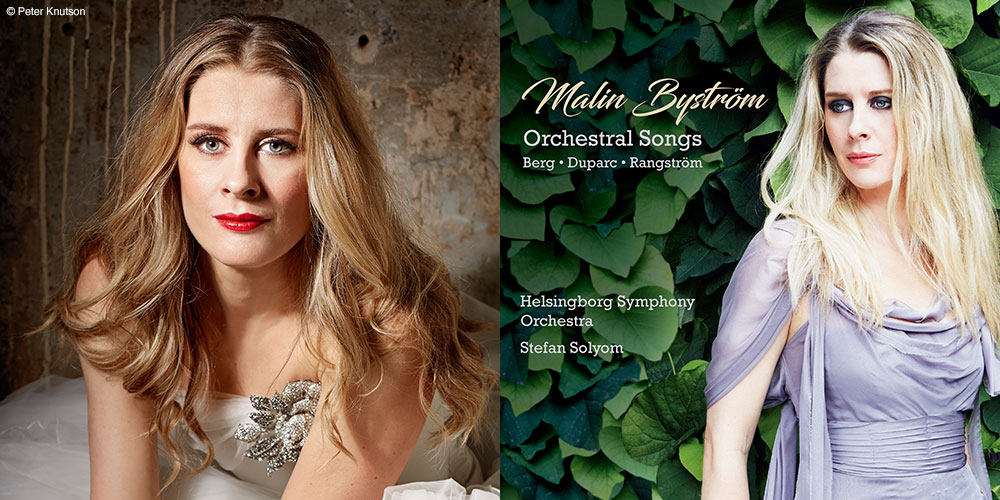 René Zühlke (Naxos): Mrs. Byström, this is your first solo album. How did that happen?

Malin Byström: I have wanted to do my own album for quite a few years, and my audience kept asking why I didn’t have anything other than a few operarecordings. So when I sang Berg’s ‘Sieben frühe Lieder’ with Helsingborg Symphony Orchestra about 4 years ago we started talking about recording together. Having practically grown up with the orchestra, my father was the principal flutist there for over 30 years, seemed a natural idea.

Malin Byström: I was given quite free hands, and this music is close to my heart, and I know I and the orchestra can do it justice.

René Zühlke (Naxos): Ture Rangström is not well known in Germany, I guess. Could you explain in a few words why you have chosen songs from him, what is special about this composer?

Malin Byström: His lieder are simply amazing, very close to us swedes, and something you encounter early on as a Swedish singer. I want they to be more wellknown for a bygger audience.

René Zühlke (Naxos): You have engagements around the world. Is there one opera house you like the most and why?

Malin Byström: I have sung a lot at Royal Opera House in London, and I love that house. I have sung only once in Munich, but I will return next season, which I am very happy for, because that house is simply amazing. I had a great experience in Madrid last season… There are many wonderful houses. But I do long to have more time to sing in Germany!

René Zühlke (Naxos): Is there an audience you like the most, Americans, Swedes, Germans, or maybe others?

Malin Byström: I find it fascinating to meet different audiences. In the Netherlands they are very generous, the Germans very knowledgeable, Americans are very enthusiastic.

René Zühlke (Naxos): What are your plans for the next month? Where can people see you on stage? Is another album recording in sight?

Malin Byström: Right now I am enjoying time at home, studying ‘La Fanciulla del West’, and Elisabetta from Don Carlos. After that I go to Milan for a new production of Salome with Riccardo Chailly and director Damiano Michieletto at la Scala. I couldn’t be more excited!

René Zühlke (Naxos): Thank you for the interview!